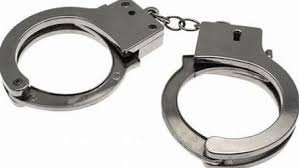 One firearm and several rounds of ammunition were seized during an operation at Middle Road in Adelphi in St. James on Wednesday, cialis woman August 03.

No one was arrested in connection with the seizure.

Reports from the Montego Bay Criminal Investigations Branch are that at about 8:00 a.m., police officers conducted an operation in the area where several premises were searched. The search yielded one 9mm Ruger .44 Magnum revolver with three 9mm rounds of ammunition indian cialis canada that were found in a heavyily vegetated area.