Home Z- Sports LIVERPOOL BOSS JURGEN KLOPP SAYS HE ‘COULD NOT BE MORE PROUD’ AFTER... 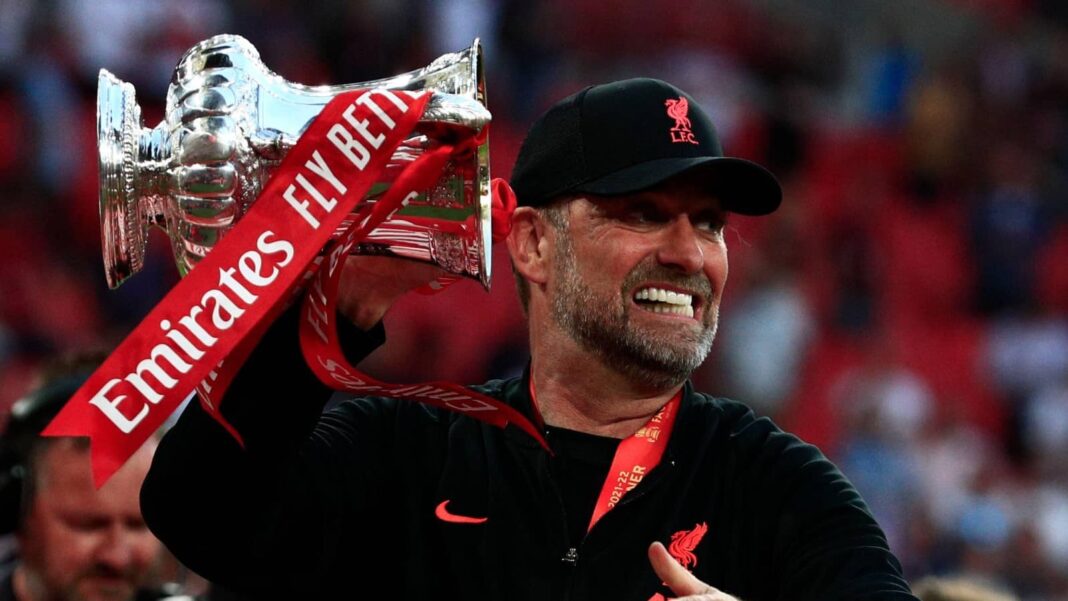 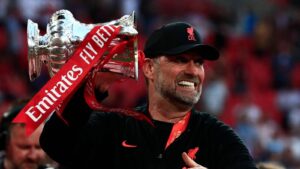 Liverpool boss Jurgen Klopp said he “could not be prouder” of his quadruple-chasing side after they beat Chelsea on penalties to win the FA Cup.

The Reds replicated their shootout win over Chelsea in the Carabao Cup final by triumphing 6-5 on spot-kicks after a goalless 90 minutes and extra time.

54 year old Klopp, became the first German manager ever to lift the FA Cup after edging out compatriot Thomas Tuchel in a Wembley final for the second time in less than three months.

As in February’s final, the shootout went to sudden death with Alisson’s save from Mason Mount handing Liverpool the advantage before Kostas Tsimikas slotted home the winning penalty.