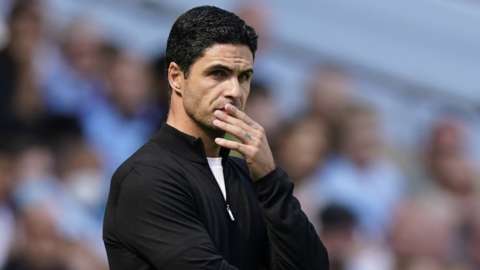 Arsenal’s difficult start to the season continued as they lost 5-0 at Manchester City on Saturday, with Granit Xhaka’s first-half red card only compounding the pressure on under-fire manager Mikel Arteta.

The Gunners, who arrived at the Etihad having lost their previous eight Premier League fixtures against City, made a terrible start after falling behind to Ilkay Gundogan’s seventh-minute header.