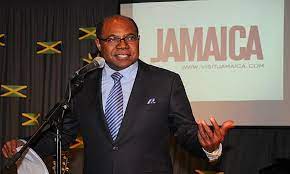 Tourism Minister Edmund Bartlett has welcomed figures announced is a generic pill for levitra by the Planning Institute of Jamaica (PIOJ), which point to significant growth in the Hotels and Restaurants industry.

The PIOJ announced that the economy grew by 12.9 per cent during the April to June quarter of 2021 when compared to the same period last year.

The tourism and hospitality industries contributed heavily to this, with record growth levels in hotel investments and international visitor arrivals.

Minister Bartlett, delighted by the report, said that “the hospitality industry was amongst the hardest hit at the onset of the pandemic. The Minister also where get propecia perscription projects continued growth in the next quarter, as the recent re-opening of the cruise industry is projected to have a major impact on the economy.