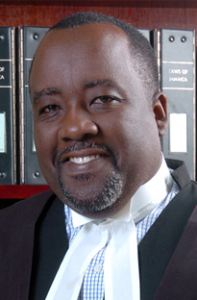 Jamaican attorney, Christopher viagra women Townsend and his daughter Anika Townsend say a record label they started 2 years ago is now in full swing for 2019.

In an interview with the Zee on Thursday, Christopher says the relationship he has with local artists he has represented did not contribute to his decision to establish ‘Genna Storm Productions’ but instead came from having a passion in law and music. Also, he does not plan to retire from law in full, but he plans to be selective in the cases he takes in the future.

While no one is currently signed to Genna Storm Productions, Christopher says the label is currently assessing 3 talents for the possibility of being signed and how veteran artists can also use Genna Storm as a platform to recruit young artists. Christopher also spoke about a production working with Ladasha Francis aka ‘Mackerel’ for an upcoming single.

Christopher Townsend represented celebrities such as viagra canada online Munga Honorable, Spice, Elephant Man, Capleton and more. He has been practicing law for over 20 years.