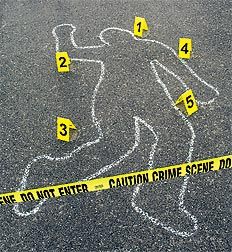 The police have identified the man who was shot and killed at a medical facility on Deanery Road in St Andrew yesterday.

He is 42-year-old Clifton Brown of Jacques Avenue, Kingston 2.

Police reports are that about 10:00 am, a gunman entered the medical facility and opened fire hitting Brown.

Five other persons, including a child, were also shot and wounded.

All six persons were taken to hospital, where Brown was pronounced dead and the others admitted in stable condition.