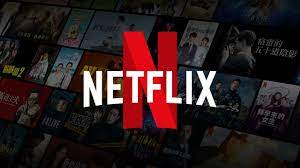 Williams was one of the real persons depicted in the true-life drama about “fake heiress” Anna Delvey, aka viagra for her Anna Sorokin.

According to court documents, Williams claims in the suit the true-crime series significantly misrepresented her in its telling the story of serial con artist Anna Sorokin. It showed her as “a greedy, snobbish, disloyal, dishonest, cowardly, manipulative and opportunistic person”.

As a result, Williams claims it caused her devastating damage and that she received thousands of abusive messages.

The suit alleges defamation and false light invasion of privacy and demands actual and presumed damages, as well as punitive damages, but buy generic no online prescription viagra does not ask for a specific amount. It also requests an injunction, so Netflix doesn’t make any defamatory statements, and the removal of the statements from the series.

Williams, a former editor for Vanity Fair, became friends with Sorokin in 2016. However, their relationship turned seriously sour when Williams got hit with a $62,000 bill for a trip they took to Morocco, which she was forced to pay on her company credit card, under the belief that she would be reimbursed.

However, she received only $5,000 putting Williams in a dire financial https://zipfm.net/2021/03/02/buy-propecia-without-prescription/ situation.