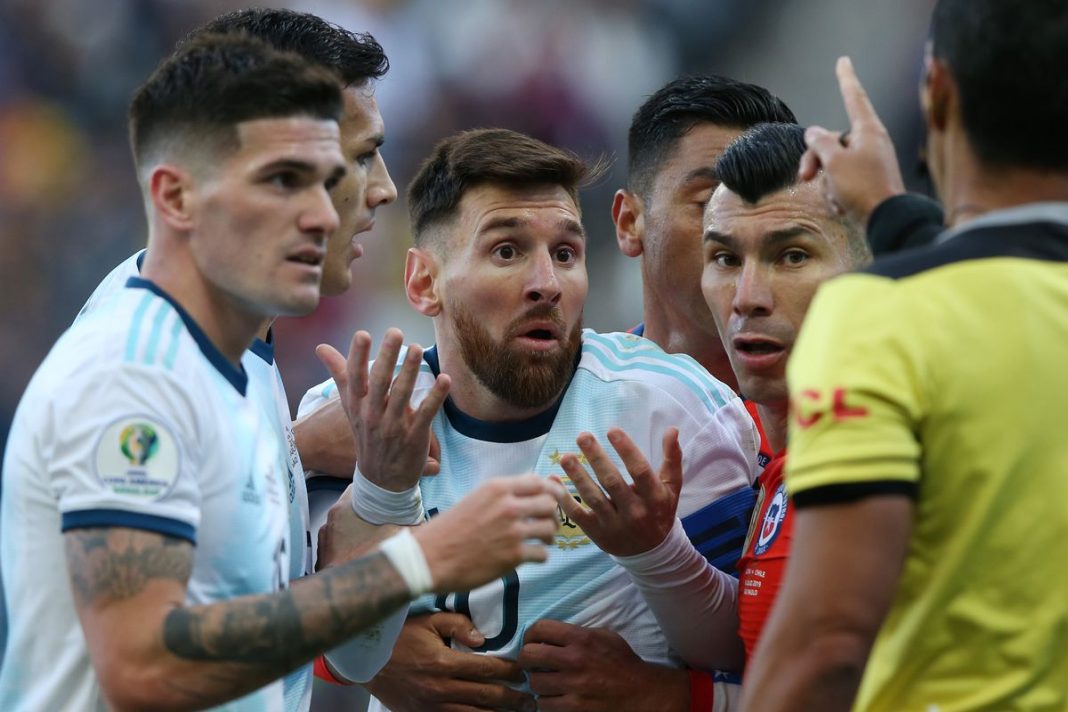 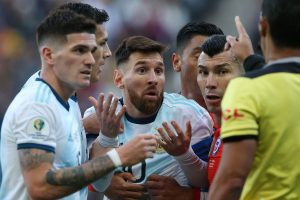 Argentine captain Lionel Messi has been fined $1,500 and banned from Argentina’s first 2022 World Cup qualifier after his red card at the Copa buy cialis pill America.

The Barcelona captain was controversially sent off after a coming together with Chile’s Gary Medel in the first half of their third-place play-off.

Messi hit out after the match at the “corruption” at the tournament and refused to pick up his bronze medal.

It is reported that his punishment relates only to his red card, and he could face more disciplinary action for his inflammatory comments.