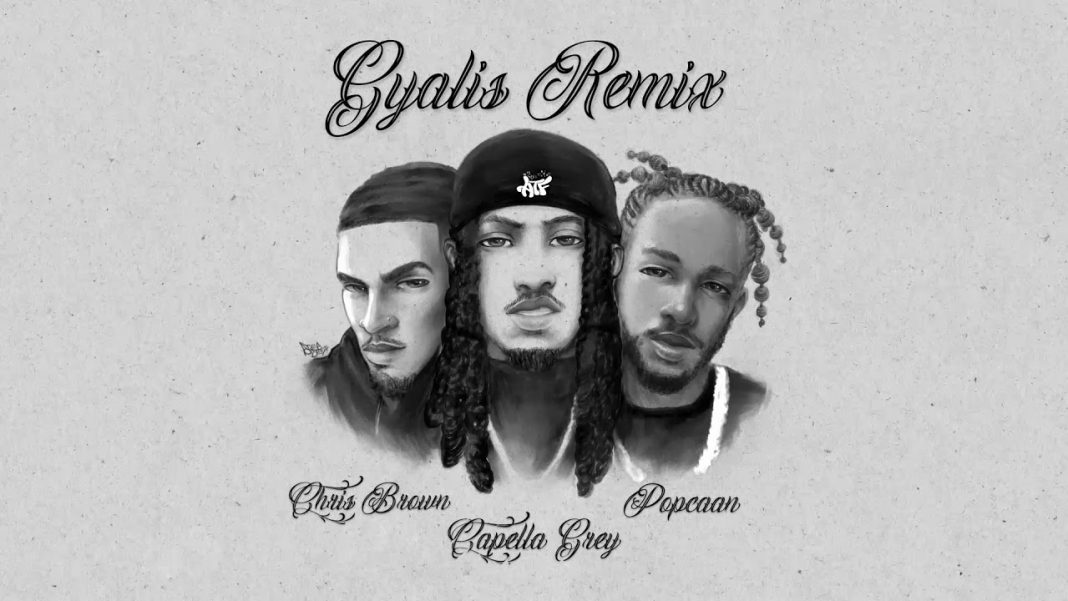 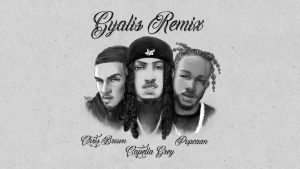 ‘Gyalis’ is one of those songs that has been trending on TikTok for the past few months.

The song was originally done by rapper Capella Grey had tik-tokers from all over the world making dance videos.

Capella became famous earlier this year after dropping his single, ‘Gyalis’, which has over 14 million Spotify listens and 2.3 million YouTube views.

Two days ago, Capella posted on his Instagram that ‘Gyalis Remix’ will be released on Friday, which will feature American singer Chris Brown and our very own Jamaican dancehall artiste, Popcaan.

Of course, it is fitting to have Popcaan on the remix as the original song has dancehall influence.

To promote the single, all three artistes posted a black and white animated picture that features all three of them with the lyrics to the song playing in the background on their social media.

‘Gyalis Remix‘ is out now on all digital platforms.