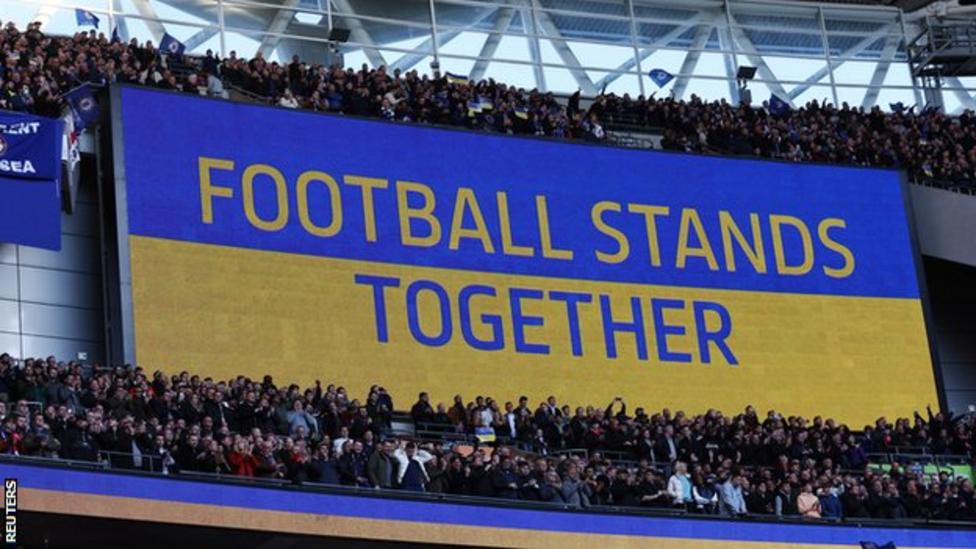 Russian football clubs and national teams have been suspended from all competitions by Fifa and Uefa after the country’s invasion of Ukraine.
The world and European football governing bodies said they would be banned “until further notice”.
It means the Russian men’s team will not play their World Cup play-off matches next month and the women’s team have been banned from this summer’s Euro 2022 competition.