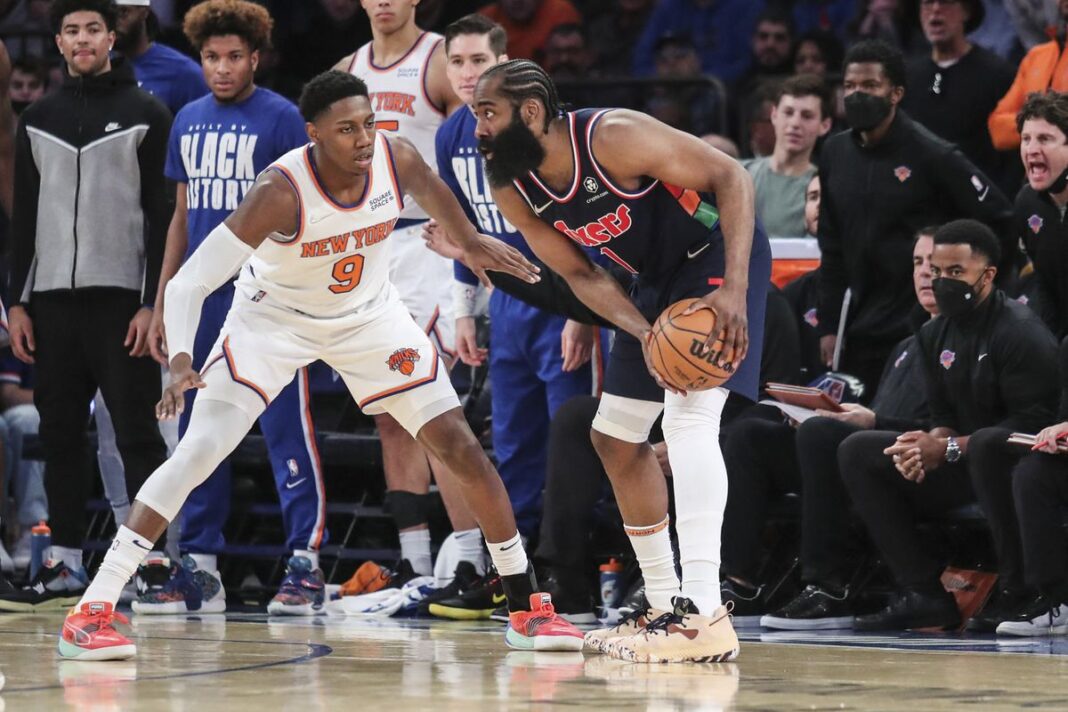 James Harden posted a triple-double in his second game with Philadelphia on Sunday afternoon, recording 29 points, 16 assists and 10 rebounds as the visiting 76ers pulled away late in the fourth quarter to beat the New York Knicks 125-109.
Harden, acquired from the Brooklyn Nets on Feb. 10, added five steals as he became the first player in 76ers history to finish with at least 25 points, 15 assists, five rebounds and five steals in a game.
Joel Embiid scored 37 points while going 23-of-27 from the free-throw line for the 76ers, who have won three in a row and five of six.
Tyrese Maxey scored 21 points and Tobias Harris 12.