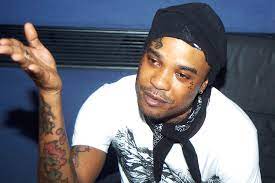 Ballistic tests on the weapon revealed that the firearm was used to murder Owen ‘Roy Fowl’ Clarke and Alphanso ‘Oney British’ Harriott.

Roy Fowl was killed on February 23, 2019, while he partied at an event near Half Way Tree in St. Andrew. While on March 29 of the same year, Oney British was killed by gunmen on Mountain View Avenue.

The Zee reported on Monday that an illegal weapon taken from the incarcerated entertainer has been linked to at least two murders and at least three cases of shooting with intent. This information was made clear after the gun was subjected to ballistic tests, which determined that the weapon was used to commit the crimes.

Tommy Lee Sparta pled guilty to possession of illegal firearm and ammunition last month and was sentenced to three years in prison.