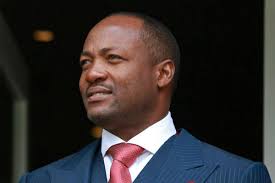 Brian Lara has revealed he is “going to be alright” after being taken to hospital in Mumbai with chest pains.

There were concerns around the world for the health of the West Indies legend and former skipper but the 50-year-old allayed any fears later on Tuesday.

Speaking on his Soundcloud account, Lara said: “I was taken to hospital and with the pain continuing I obviously had a lot of tests.

Cricket West Indies confirmed the news earlier on Tuesday on Twitter, saying: “Our prayers and well wishes go out to former West Indies batsman and captain @BrianLara who has been hospitalized in Mumbai due to chest pains.

Lara is the leading run Test scorer in West Indies’ history, and is seventh on the all-time list.