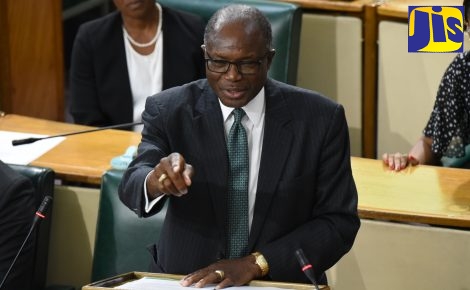 The Office of the Political Ombudsman has initiated a probe into what have been deemed racially generic levitra vardenafil divisive comments, made by minister Everald Warmington at a recent party meeting.

The comments, in relation to opposition leader Mark Golding, suggested that he would never become prime minister of Jamaica because of his skin colour.

The comments have been condemned by several stakeholders, including members of the business community.

The office of the political ombudsman confirmed this morning that contact has been made with Mr canada pharmacy viagra Warmington over the offensive comments.

Meantime, the People’s National Party, PNP, has expressed disgust at the comments levied against its leader.

In a statement, the party https://zipfm.net/2021/02/28/bayer-levitra-brand-10-mg-order-online/ said Mr. Warmington’s comments are despicable and in poor taste.

It said the comments are not only offensive to Mr. Golding but to all Jamaicans and is an also insult to Jamaica’s Motto: ‘Out of many, one people’.