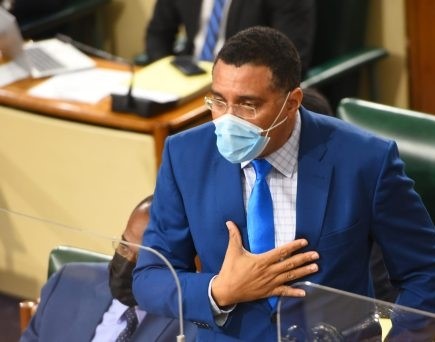 Mr. Holness, who was speaking at the Jamaica Stock Exchange’s Regional Conference on Tuesday, noted that although the country is recovering steadily from the impacts of Covid-19, the nation is still in a pandemic.

He stressed that Jamaica will benefit greatly, if the nation’s financial leaders play a part in protecting citizens.

The Prime Minister also said, there cheap viagra overnight needs to be more engagement of the banking sector with senior citizens.

His comment follows reports that at least two of Jamaica’s banks have announced increases in service fees, which will take effect, this year.

The Opposition as well as the governing Labour Party, have called on the government to engage the banking sector urgently, in light of the announcements.