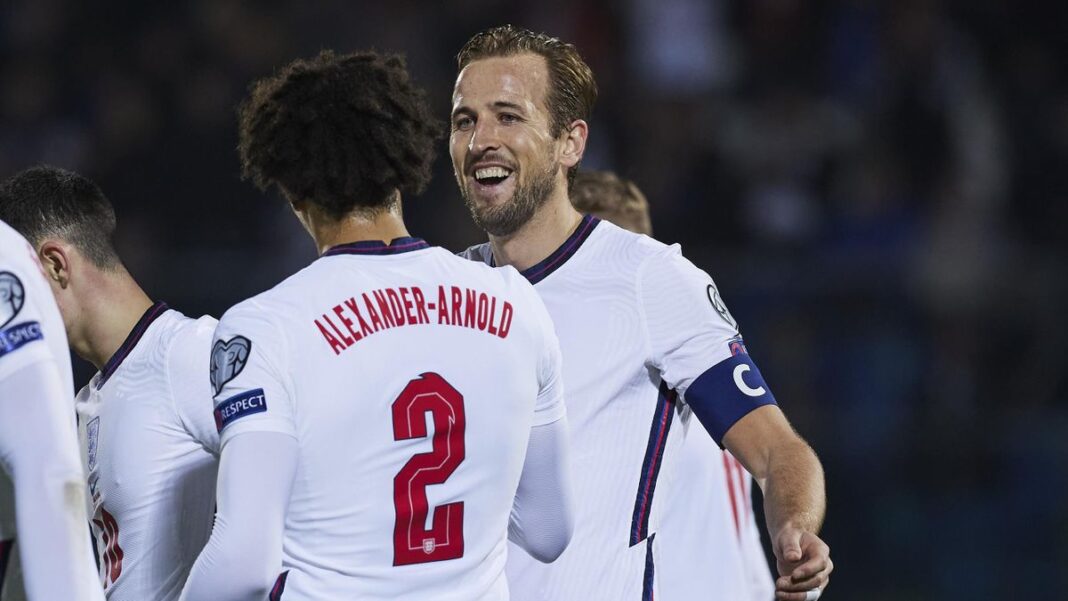 England order no rx cialis hit double figures for the first time since 1964 as they secured qualification for the 2022 World Cup in Qatar with embarrassing ease in San Marino.

Harry Kane also racked up the records by scoring four in the first half to go level with Gary Lineker on 48 England goals, additionally setting a new high of 13 for his country in a calendar year as he followed up his hat-trick in the 5-0 win against Albania.

Only Sir Bobby Charlton and Wayne Rooney are ahead of Kane in the England goalscorers list.

He now stands just five behind record-holder Rooney’s tally of 53.