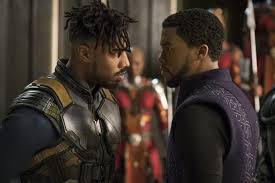 The follow-up to the 2018 blockbuster has been in the works for years, and now, fans are finally closer to getting it.

With Ryan Coogler once again returning to write and direct, the film’s details are still under wraps, leaving many wondering where the story will go after last year’s tragic passing of Chadwick Boseman, who lead the original film, portraying T’Challa/Black Panther.

The original flick was a pop culture phenomenon that, at the time, shattered box office records, earning $1.34 billion worldwide and becoming the highest grossing “non-Avengers film” for Marvel Studios. The film even won three Oscars for score, costume design and production design, and it was the first superhero film to be nominated for Best Picture in the history of the Academy Awards