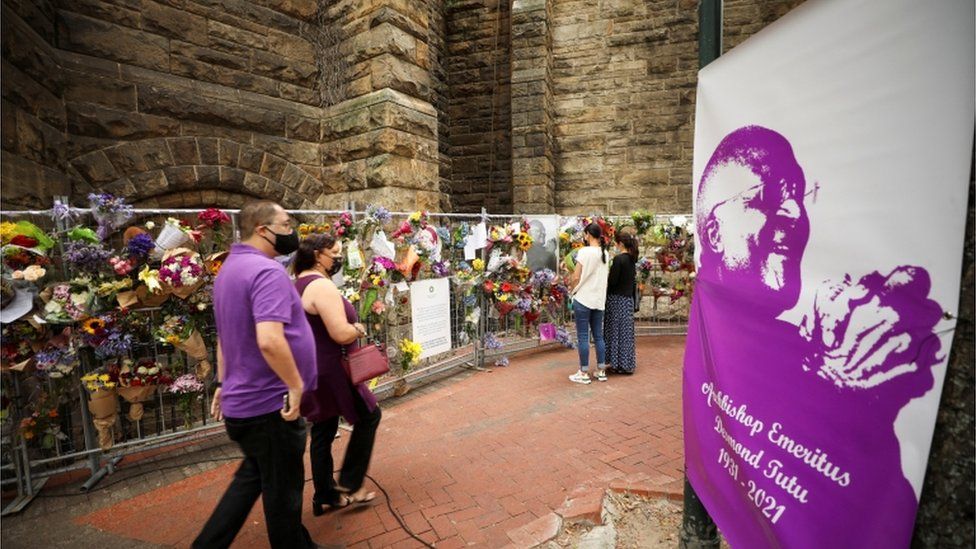 Mourners have been filing past the coffin of Archbishop Desmond Tutu, as his body lies in state at St George’s Cathedral in Cape Town, South Africa.

His official state funeral will be held on January 1 after the lying-in-state period, allowing mourners to file past his body and say their final goodbyes.

Large crowds are expected to visit the cathedral over two days.