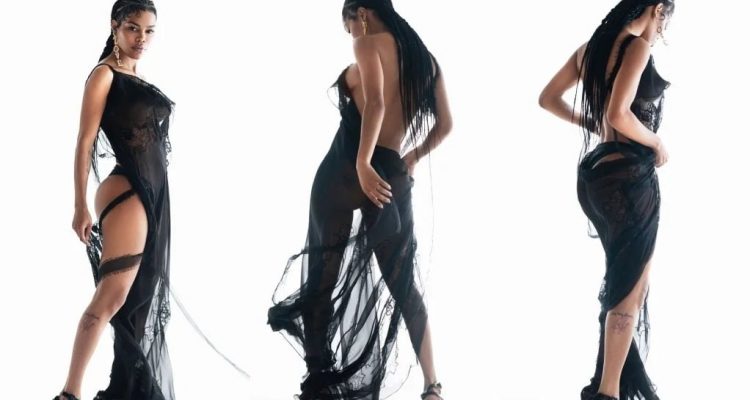 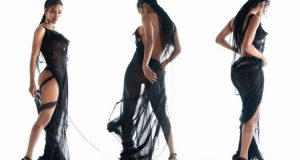 The “Coming 2 America” star shared a lengthy caption on her Instagram, sharing the photos, and sharing some background information on the shoot. “Somebody pinch me!!!! Maxim Hot 100 to be named the ‘Sexiest Woman alive’ by literally living in the skin I’m in.” She continued, “As an entrepreneur, wife, a busy mother of two & working behind the lens in my director bag I tend to hide behind my sweats & vintage tees, My “Spike Tey” glasses, and whatever hair style I’ve mustered up that day under my @theauntiesinc snap back! So I as you can see I don’t have much time to be and feel sexy.”

The multi-hyphenate appeared on the cover wearing a white cut-off Hanes tank top showing off her sculpted six-pack, styled with an oversized vintage camouflage pants and Prada boots.

It wasn’t Teyana’s intention to appear so casual on the cover, but when she arrived on set in sweatpants after dropping her daughter Junie off at school, photographer, Gilles Bensimon, told her not to get glammed up and to remain in her same clothes without makeup. She was sure to remind her followers in her lengthy post that “The beauty of a woman grows with the passing years.” Embrace and love yourselves for who & what you are because only the purest heart shines through.”

Taylor and her husband, Iman Shumpert, are set to return to reality television. the couple and their daughters will star in a series titled “We Got Love Iman & Teyana” on the E! Network. The show will document their day-to-day lives.