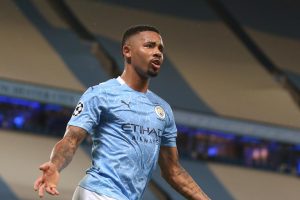 Manchester City have been dealt another injury blow as Gabriel Jesus will miss the club’s final three games before the international break.

The 23-year-old has withdrawn from Brazil’s squad for their upcoming international games against Bolivia and Peru on October 9 and 13 after the Brazilian Football Confederation CBF confirmed today (Fri) that it was alerted to an injury picked up by the striker during Monday’s 3-1 win at Wolves.

The injury to Jesus came as a shock, with the Brazilian having played a full 90 minutes and scoring in the victory, while City boss Pep Guardiola revealed last week that Sergio Aguero could be out for another two months with a knee injury.