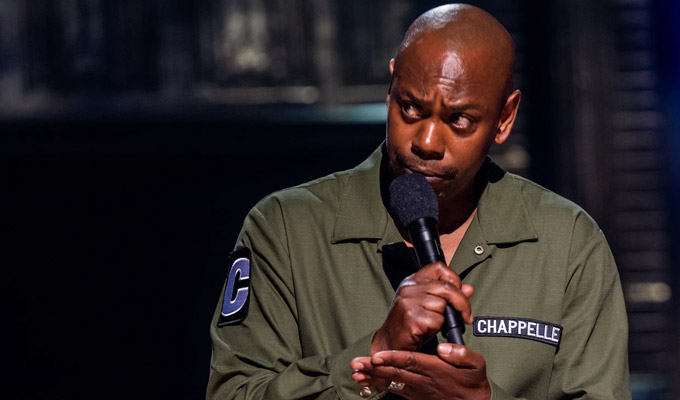 The comedian host a special that aired on ‘Netflix Is A Joke’ YouTube channel this morning.

Right after its surprise unannounced release, Dave Chappelle’s name was trending on Twitter with Twitter users picking out different sections of the special to highlight the things he said that resonated with them. A host of Twitter users tweeted about how emotional it was for them to watch the special.

“Normally I wouldn’t show you something so unrefined, I hope you understand,”Dave wrote in a caption with the release of the 27 minutes special.

The special is titled “8:46,” a number that Chappelle apparently ‘can’t get out of his head.’

Take a listen to his explanation…

Chappelle also blasted CNN news presenter Don Lemon for urging celebrities to use their platforms to talk about Floyd and the national unrest his death caused … saying people don’t need or want to hear from celebs right now. The streets are speaking for themselves” he said.