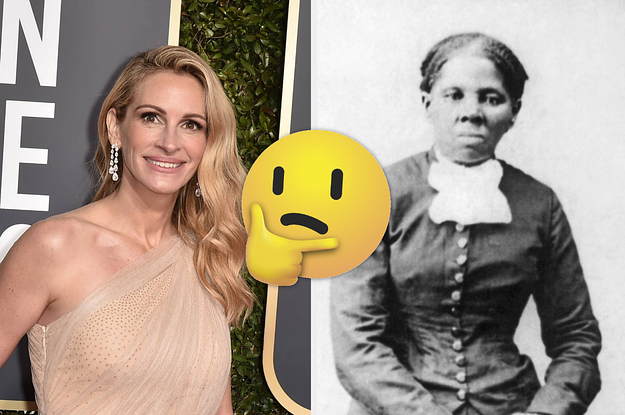 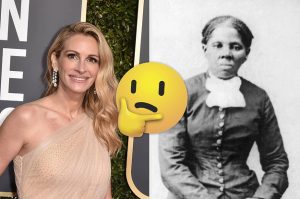 In the recent biopic that was released, “Harriet”, Julia Roberts was one of the names that was suggested to tell the story of the African-American activist. Screenwriter, Gregory Allen Howard in a recent interview stated that he wanted to turn Harriet’s life around.

He had studied about Harriet extensively in college and decided that he wanted to turn her story into an action and adventure movie. While in a meeting about the movie, a studio executive stated that his script was fantastic “lets get Julia Roberts to play Harriet Tubman”.

As the meeting continued another person did point out that Julia could not play the role for obvious reasons, the executive then responded “it was long ago, no one will know the difference”, but the role was finally given to British actress, singer, and songwriter Cynthia Erivo, who did an amazing job.

Since the release of this interview on Hollywood unlocked, persons of the public had a lot to say. The majority stating that, persons indeed would have noticed a huge difference in who was playing the slave turned abolitionist in the biopic. Others stated that it would be an utter disrespect and they do not think Julia would ever even accept that role.

Ziptocrats how do we feel about color blind casting? We have actors like Zendaya Coleman who played Mary Jane in Spider Man Homecoming, Samuel L Jackson who played Nick Fury in the Avengers Franchise and Will Smith who played agent J in Men in Black.