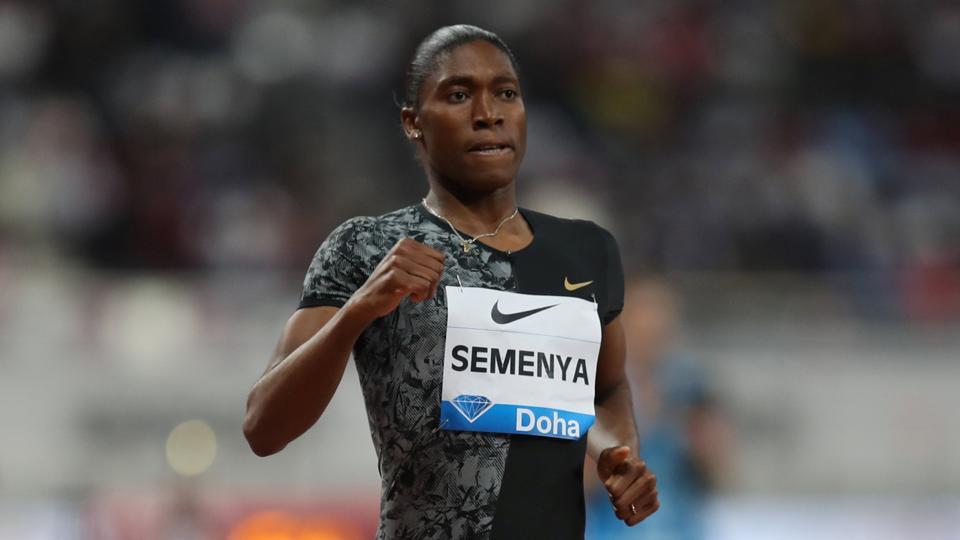 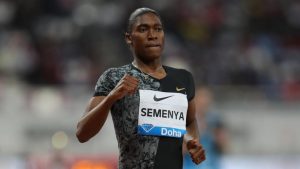 Caster Semenya said “no human can stop me from running” after winning the 800m at the Doha Diamond League meet amid speculation over her future.

Semenya challenged IAAF rules designed to limit testosterone levels in female runners but the Court of Arbitration for Sport CAS rejected her appeal.

“When you are a great champion, you always deliver.

The Doha meet was Semenya’s final race before the IAAF’s new rules come into force on May 8.

She added: “How am I going to retire when I’m 28? I still feel young, energetic. I still have 10 years or more in athletics.

“It doesn’t matter how I’m going to do it, what matters is I’ll still be here. I am never going anywhere.”

Under the new IAAF rules Semenya – and other athletes with differences of sexual development DSD – must either take medication in order to compete in track events from 400m to the mile, or change to another distance.

On Thursday, Semenya posted a cryptic tweet that suggested she could quit athletics, including a quote which referred to knowing when to walk away.

But when asked by reporters if she would take medication to allow her to run in the 800m, she replied: “Hell no.”

Victory in the opening Diamond League event of the season was her 30th in a row at 800m.