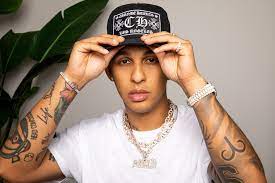 Music Producer Rvssian has tapped in with Rauw Alejandro and Chris brown for his latest single “Nostálgico.”

The new offering is his latest appearance indian cialis canada following his collab with Konshens and Spice that made landfall back in April.

The single “Nostálgico” is accompanied by a high-energy visual that is directed by frequent collaborator Edgar Esteves.

Rauw Alejandro dropped off his 2021 project VICE VERSA, which was equipped with 14 tracks.

Chris Brown has definitely been in a collaborative spirit, as he also recently joined A Boogie Wit Da Hoodie, Yung Bleu, and Mooski for “Track Star (Remix).”