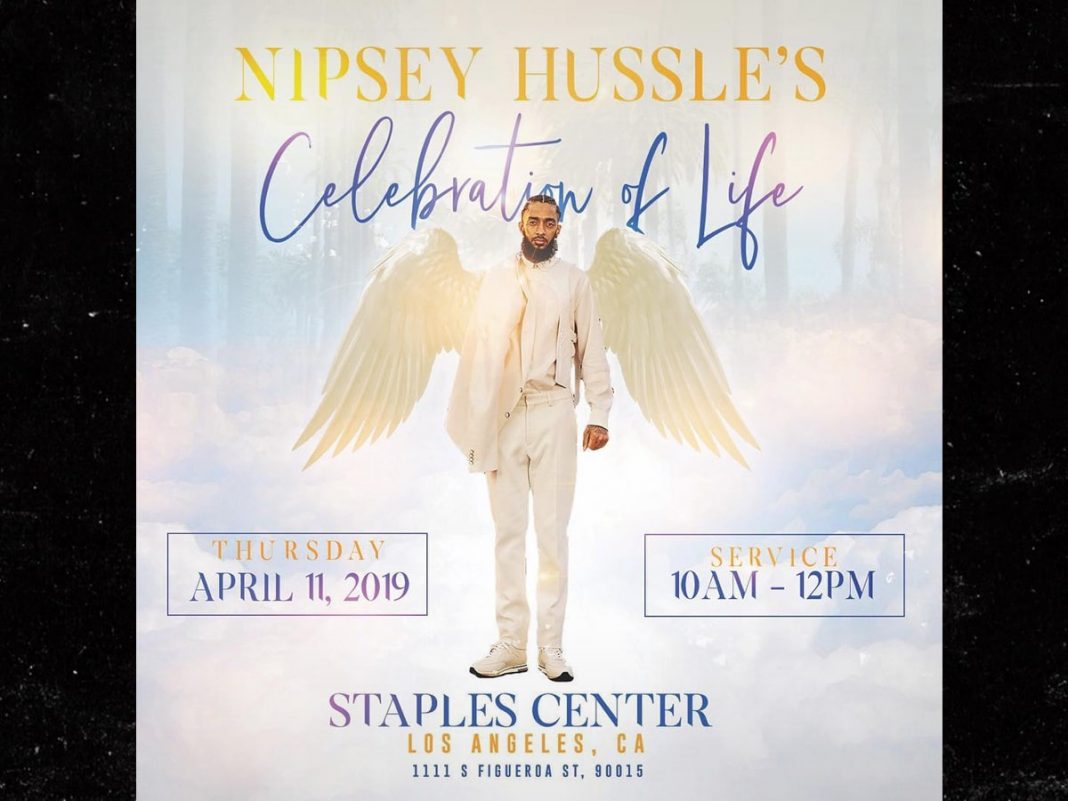 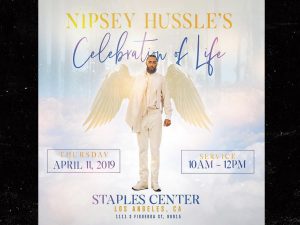 Nipsey Hussle’s family and friends will gather to celebrate his life during a memorial this week.

Less than two weeks after his death, the Crenshaw rapper will be remembered at his “Celebration of Life” at Staples Center in Los Angeles on Thursday, April 11, starting at 10 a.m.

A flyer was posted on Nipsey’s social accounts and features the late rapper in all white with wings.

Out of respect to the family, cameras and recording devices will not be allowed inside the venue.

Everyone will be subject to metal detector screening, visual inspection, and bag inspection.

Last week, it was reported that Nipsey’s family was looking for a venue large enough to accommodate his massive fan base and had considered The Forum in Inglewood before deciding on Staples, where Michael Jackson’s memorial was held in 2009.

Nipsey was shot and killed outside of his Marathon Clothing store on Sunday (April 1). His alleged shooter, Eric Holder, has been charged with murder.