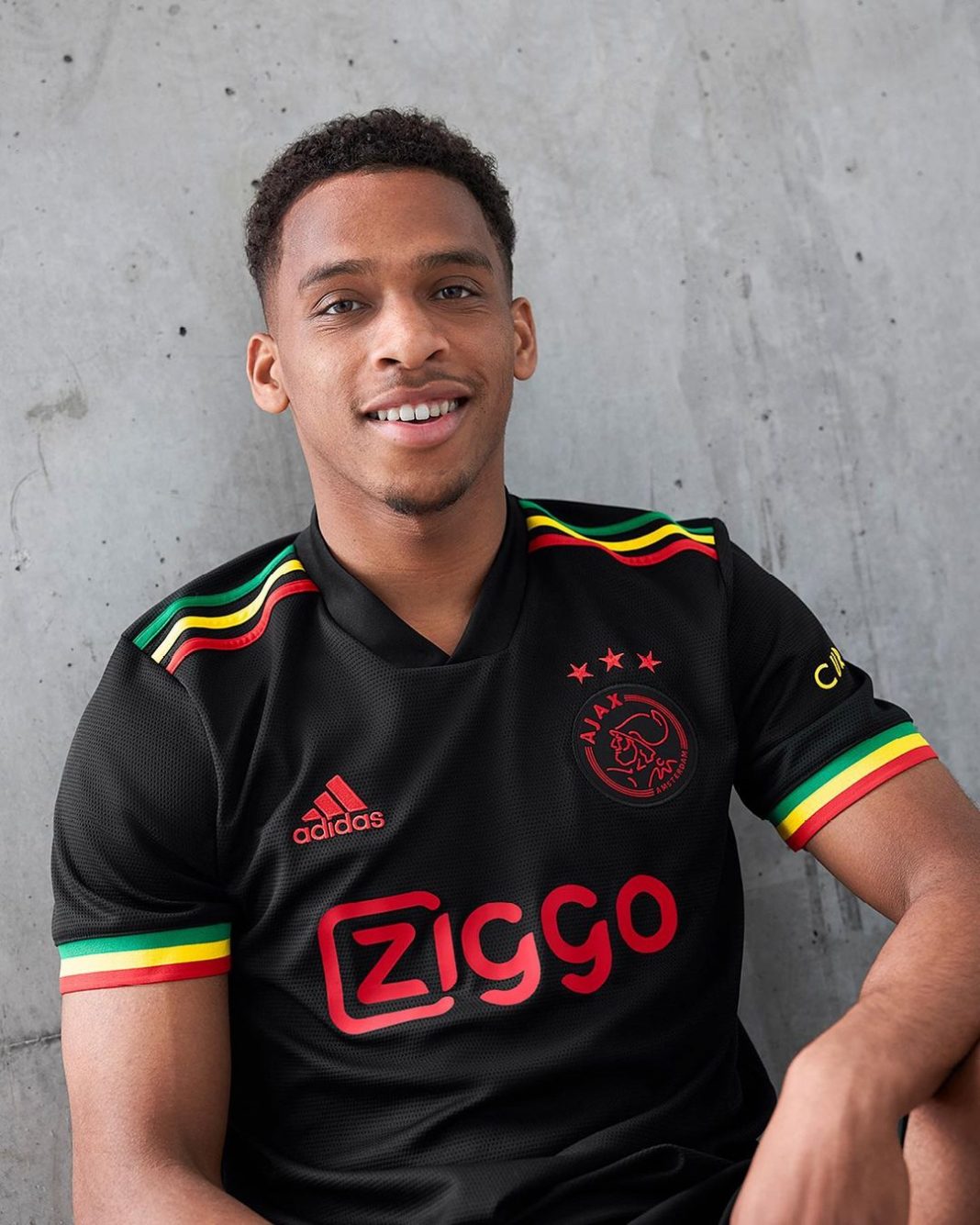 The black kit with red, yellow and green details, is a tribute to the Ajax fans and the love shared by the club and its fans for reggae legend Bob Marley and his iconic song, Three Little Birds.

On the back of the jersey, just below the collar, it features a subtle reference to the iconic song, with three little birds sitting on Amsterdam’s Andreas crosses. The kit will be worn in this season’s European matches, alongside Ajax’ home kit.

The Ajax fans were asked to remain in the stands after the game. To entertain the patient fans, the stadium DJ played several tracks, one of which was Three Little Birds. The rest is history. The fans instantly embraced the song as their own and have been singing it at every game since.

Now a true symbol of hope, the fans sing the song regardless of the score in the game.