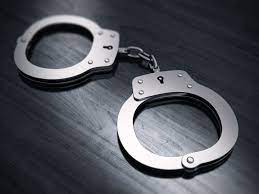 A Mechanic who attempted to export cocaine to the United States of America via the Sangster International Airport in St. James on Sunday, August 15 has been charged.

He is Errol Ellis 46-year-old of Kendal in Hanover.

Reports from the Narcotics Division are that Ellis arrived at the airport in Montego Bay where he attempted to board a departing flight to New Jersey in the USA. While at the Airport, he became ill and was rushed to a medical facility where he was admitted for four days under police guard.

During the period of his admittance, he excreted over one hundred cocaine pellets weighing approximately 2.5 pounds.

The drugs have an estimated street value in the $55,000 USD.