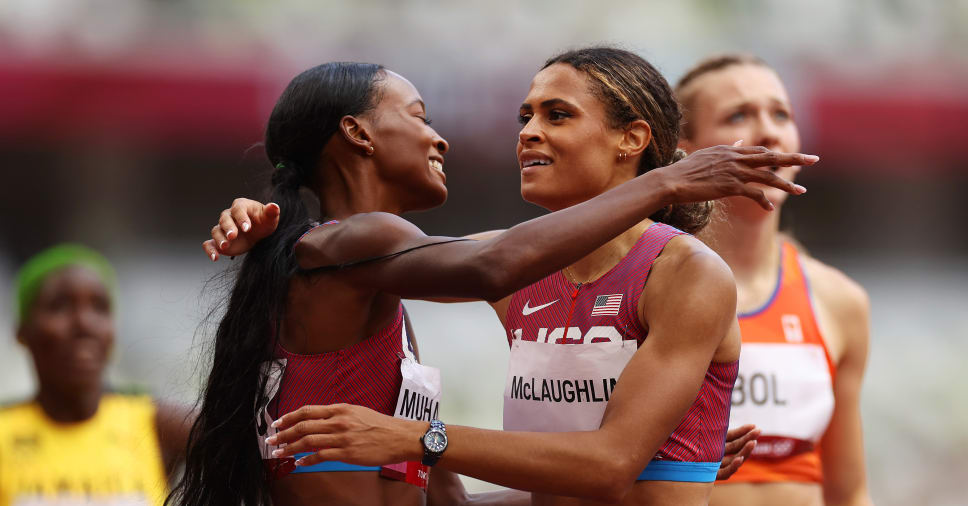 McLaughlin powered down the home straight to finish in 51.46 seconds as she shaved almost half a second off the old mark to reel in compatriot and rival Dalilah Muhammad.