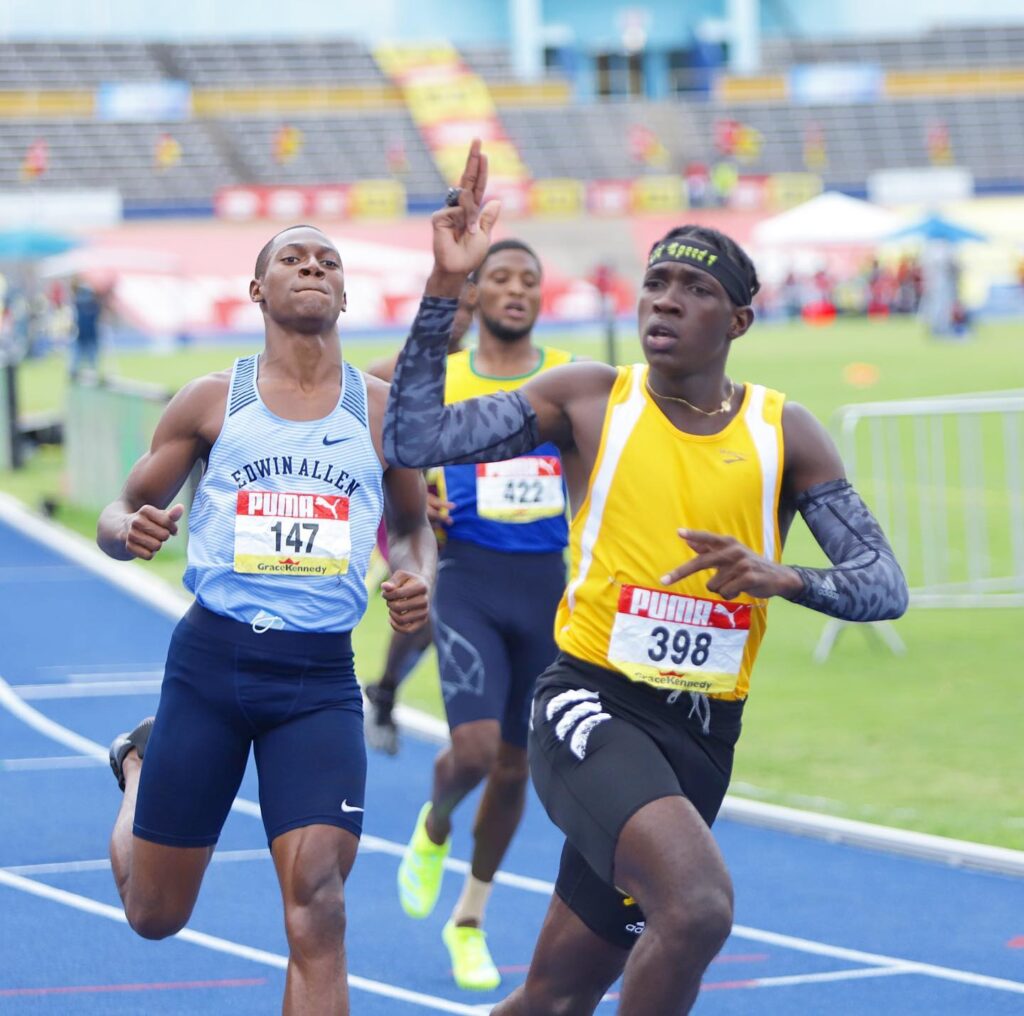 Petersfield High School Class One 200m winner Antonio Watson has issued an apology for a hand gesture he made as he completed his win in the event, at the ISSA/GraceKennedy Boys’ Athletics Championships Saturday.

The had gesture has been met with criticisms, due to the the country’s murder rate.

In a statement, Watson said that he recognises that his behaviour could jeopardise his future in the sport.

As such, he’s apologising to all the stakeholders, his school, fans, and family for my actions.”