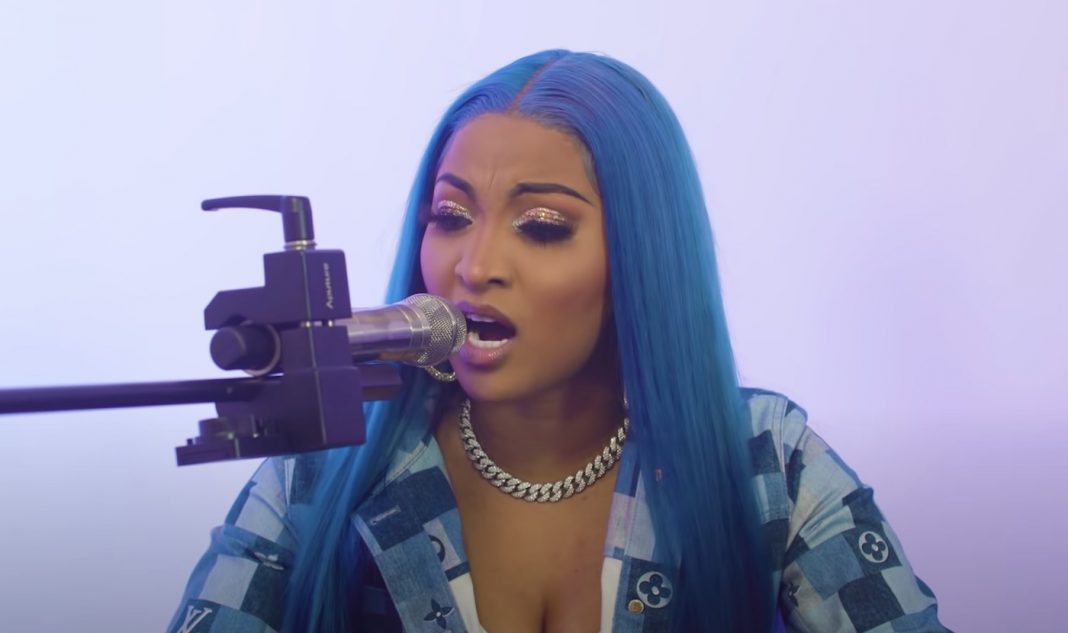 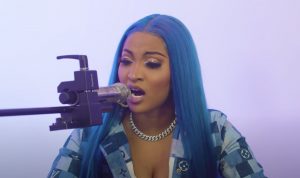 Dancehall princess Shenseea has proven herself once more to be an artiste to watch with her unexpected Bad Habit/Dont Rush freestyle that went viral on social media yesterday.
The video which has been making its rounds on social media, sees the ‘Pretty Little Thing’ ambassador comfortably sitting pretty in a blue ensemble as she easily delivers an epic freestyle that has everyone’s tongues wagging and ears perched.
The video which was also posted on YouTube has already raked up over
178,000 views, further solidifying that she is dancehall’s next best thing.

Ziptocrats what are some of the best freestyles that you have ever heard before?