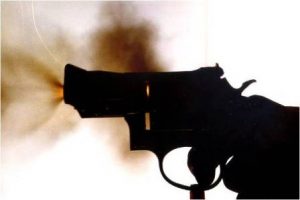 The policeman who was shot and wounded by a soldier in St. Catherine last night (Wed) has been treated and released from hospital.

The cop reportedly has a gunshot wound to the shoulder.

It’s understood that the service pistol of the cop was recovered from the scene of the incident.

Further reports are that the soldier is not in police custody, as there is a process that is followed by the JDF in incidents of this nature.

The Inspectorate of the Constabulary has launched a probe into the matter, and the police federation says it’s still gathering information about the incident, details of which remain unclear at this time.

Meanwhile, the Independent Commission of Investigations INDECOM explained that it’s not probing the case, because the shooting occurred while the state agents involved were off duty, making it an internal matter that’s handled by the JDF and JCF.