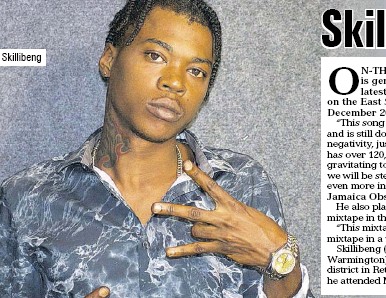 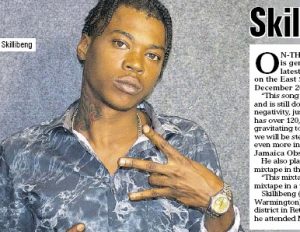 Producer Gutty Bling of Claims Records has no intention of making the riddim which features the “brik pon brik” single, a juggling.

“brik pon brik”, since its release in November, has taken flight, becoming one of the most played songs throughout the festive season.

Gutty says since its release, he’s heard numerous other singles on the track. Meantime he says he’ll continue to work with the young talent, Skilli Beng, who now has a follow-up single entitled “50 Bag”.

Meantime the video for “brik pon brik” has crossed the million mark on youtube in under a month.