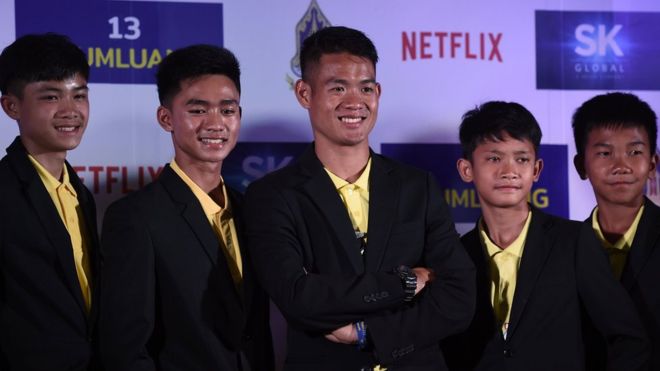 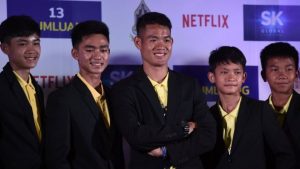 Netflix has secured the rights to make a mini-series about the rescue of 12 boys and their football coach from a cave in northern Thailand last year.

Wild Boars soccer team made headlines around the globe after they were trapped in a flooded cave for more than two weeks from June 2018. 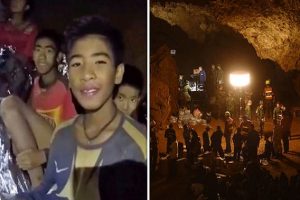 All of them were saved following a successful operation involving 90 expert divers from around the world.

Eight months on, their story will be told by the streaming giants.

The team, aged between 11 and 16, and their 25-year-old coach became trapped on June 23 while exploring the cave complex in Chiang Rai, when a rainy season downpour flooded the tunnels.

A 17-day effort to rescue them saw experts from various countries volunteering to help.

Former Thai navy diver Saman Gunan died after losing consciousness on his way out of the Tham Luang cave complex, where he had been delivering air tanks.

So far, two books about the rescue have been published while a feature film by British-Thai director Tom Waller, The Cave, wrapped up shooting in December.