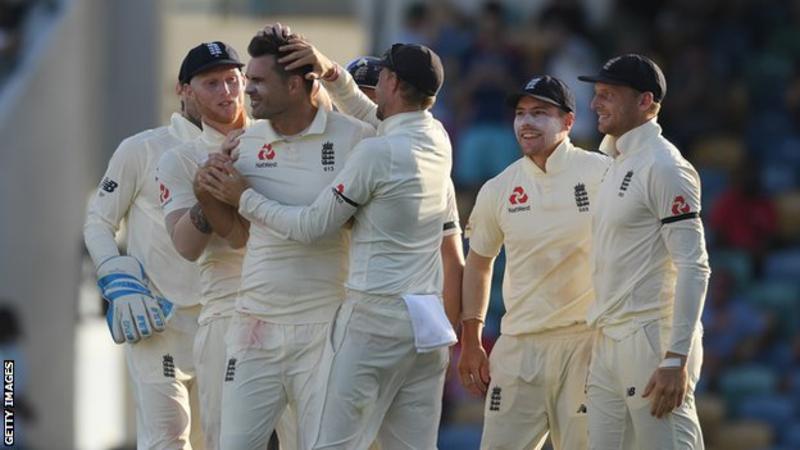 James Anderson took four wickets in the final session to swing the first Test in England’s favour on day one against West Indies in Barbados.

The hosts had looked on top, with Shai Hope, Roston Chase and Shimron Hetmyer hitting fifties.

But Anderson dismissed Hope for 57, before removing Roston Chase for 54, Shane Dowrich and captain Jason Holder with the second new ball.

Ben Stokes had Kemar Roach caught off the last ball to leave the hosts 264-8.