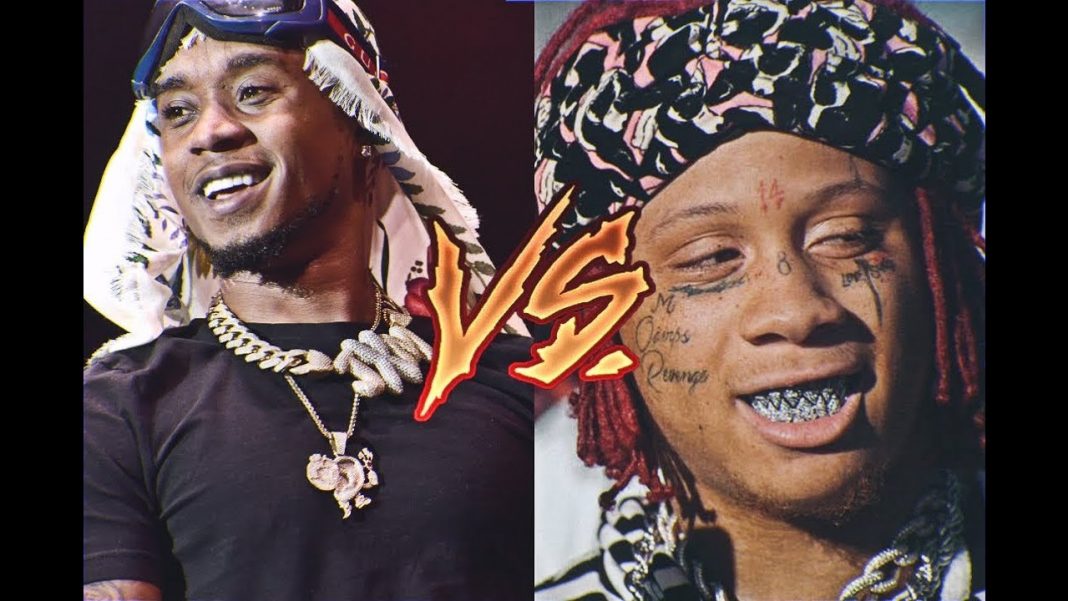 This created a beef between the two, where Slim Jxmmi took to twitter saying “stay in a child’s place.” Trippie then went to his Instagram story to say “@slimjxmmi music trash” and went on to call him a disrespectful name. Then slim, responded on his Instagram story, said “you can’t fight @trippieredd.”

As of right now, it’s still unclear as to why these two have tension between one another. Trippie’s initial response to the Rae Sremmurd split came out of nowhere.

On Saturday, Slim, announced he was splitting up with Swae Lee and that Rae Rremmurd was over. However, he posted a throwback picture of himself and Swae on Sunday, with the caption “Sremm 4 life”

So, are they really no longer a duo or was it just a silly brotherly fight? We’ll update you as the story continues.