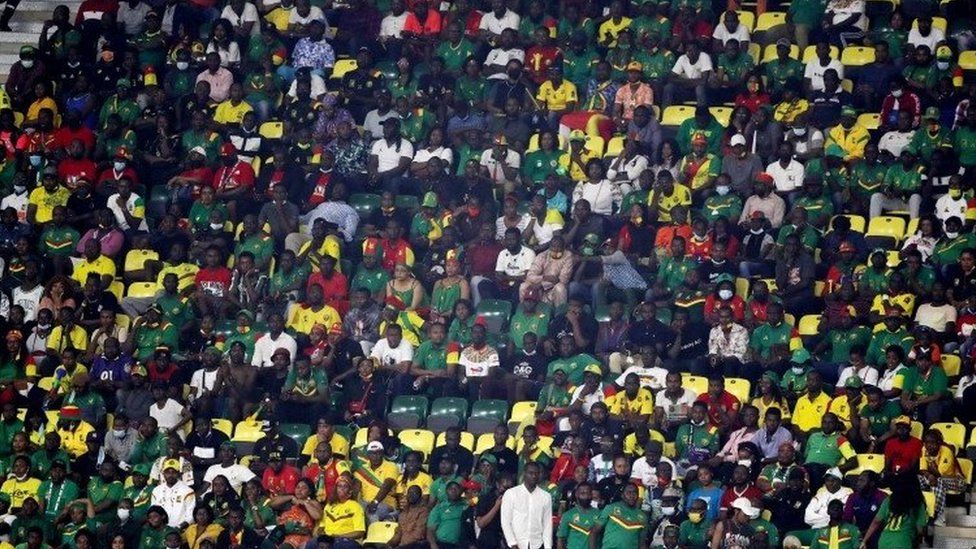 Six people are reported to have been killed and dozens hurt in a crush outside a stadium hosting an Africa Cup of Nations match in Cameroon.

Video footage showed football fans struggling to get access to the Paul Biya stadium in a neighbourhood of the capital Yaounde.

Another report said a number of children had lost consciousness.

The stadium has a capacity of 60,000 but because of Covid restrictions it was not meant to be more than 80% full.

Match officials were quoted as saying that some 50,000 people were trying to attend.