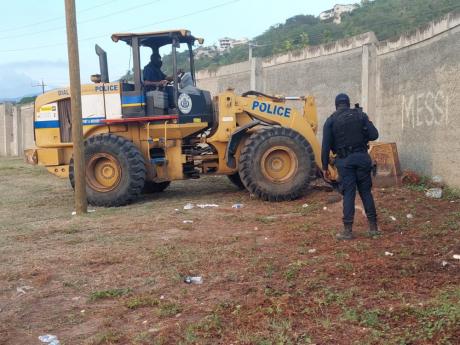 A total of 8 guns have now is a generic pill for levitra been found during a massive search now on at the National Stadium East Sports Complex in St Andrew.

The number of weapons recovered increased, as 5 more were found concealed in the complex this morning into this afternoon.

Commissioner of Police Major General Antony Anderson says the constabulary seized a total of 30 firearms at the weekend.

The Commissioner noted that officers continue to be deployed across the country in intelligence based operations.

He noted that the recovery of next day viagra weapons is consistent across the country.