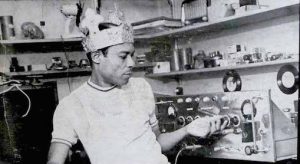 The fact that rhythms (riddims) play such a big part in today’s Jamaican hit cheap levitra tablets music can really be traced back to the seminal work of Osborne Ruddock, popularly known as King Tubby.

Born in 1948, he grew up around the Highholborn Street area of Downtown Kingston, but moved to what was then the suburb of Waterhouse in 1955.

After working repairing radios, he began to experiment with sound system amplifiers and by 1968 he was operating his own – Tubby’s Home Town Hi-Fi. He worked as a disc cutter for Duke Reid and it was there that he discovered that he could make special versions of well-known rocksteady tunes:

Specifically, Tubby found that by removing most of the vocal track and reducing the mix to the bass only (with occasional fade-ins of the vocal and some other instrumentation) it created a whole new sound, which soon became known as dub.

As producers began to see the vast potential of dub, King Tubby found himself working with the where get propecia perscription best producers of the day. By 1971, he was working with the likes of Bunny Lee, Lee ‘Scratch’ Perry, Glen Brown, Augustus Pablo and ‘Prince’ Tony Robinson. He also worked with singers such as Johnny Clarke, Cornell Campbell, Linval Thompson, Jackie Edwards, Derrick Morgan, Delroy Wilson and John Holt.

Tubby’s name as a mixer soon appeared on well over 100 albums. Always the experimenter, the innovator, by 1988 King Tubby had begun to issue computer-generated digital music featuring singers and DJs such as Courtney Melody, Pliers and Ninjaman. Just as he was about to indian cialis generic open his own studio, tragedy struck.

On February 6, 1989, a lone gunman murdered King Tubby outside his home.