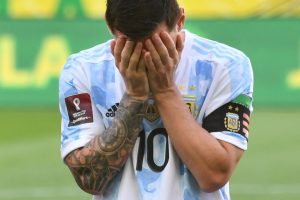 Football’s world governing body FIFA says it regrets the scenes leading to the suspension of Brazil and Argentina’s World Cup Qualifier which stopped millions of fans from enjoying the game.
Sunday’s match was abandoned after Brazilian health officials objected to the participation of three Argentine players, they say broke quarantine rules.
According to FIFA, it had received the first reports from match officials, which will cialis discount now be analysed by the competent disciplinary bodies.

No date for the rearranged fixture has been set.