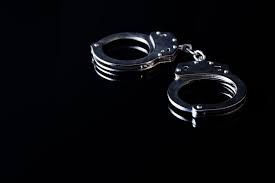 Police have charged Kimoy Rose, the wife of Pastor Jason Rose, who was charged with the Rape of a 15-year old girl on Wednesday, June 09.

This, after she attempted to coerce the victim into saying that her initial reports to the police were untrue.

Police say the mother of the minor was also taken into custody after she and the wife of Kimoy Rose, the Pastor’s wife, took the child to the police station on June 11, to make a report that the allegations were untrue.

The mother was subsequently charged and Kimoy Rose named as a Person of Interest on Friday, June 11. Kimoy surrendered herself to the police in St. James on Friday, June, 11 and was charged after being questioned.

Detectives assigned to the St. James Centre for the Investigation of Sexual Offences and Child Abuse (CISOCA) charged Pastor Rose after he allegedly assaulted a 15-year-old girl while she was at the church, sometime in March 2021. A report was made to the Police and an investigation launched. Rose reported to the Freeport Police on Monday, June 07 after several attempts by the Police to locate him proved futile. He was charged following an interview in the presence of his attorney.

Jason Rose is scheduled to appear in the St. James Parish Court on Monday, June 14.