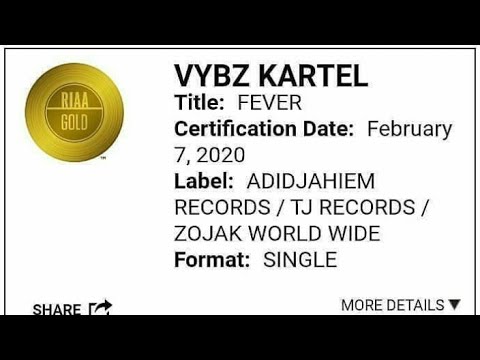 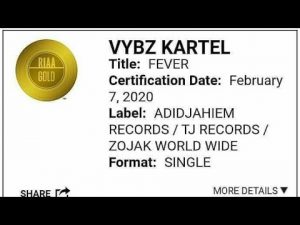 The dancehall star celebrated the news with his supporters on social media.

Fever, released by the deejay in 2016, received gold certification by the Recording Industry Association of America, RIAA, for sales equivalent to 500,000 copies .

The certification was issued February 7.

The track is featured on Kartel’s King Of The Dancehall Album, which peaked at number 2 on the Billboard Reggae Albums Charts upon release back in 2016.

The track is produced by TJ Records and distributed by Zojak Worldwide.