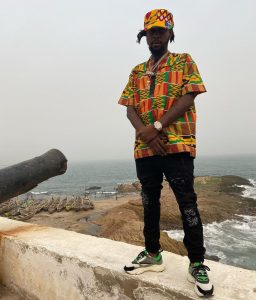 Dancehall superstar Popcaan paid special tribute to the people of Ghana by kissing the ground of the airport upon arrival.

Popcaan made the inspiring gesture while being escorted through the airport by bodyguards.

Popcaan decided to show his affection to fans after realizing he could not stop to greet them. The large group of patrons had gathered outside the airport, hoping to catch a glimpse of him.

The act of kissing the ground in a country has been a tradition popularised by the various Popes of the Roman Catholic Church over the years. It is seen as a way of expressing love and respect for a country and its people.

Popcaan also visited the slave dungeons, where African slaves were taken before they were loaded onto ships destined for the Western Hemisphere.