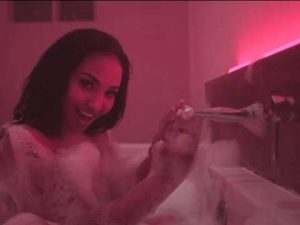 Weeks after dancehall singjay Shenseea was accused of copyright infringement by popular American multi-media artist Stephanie Sarley, the dancehall deejay has released a re-edited version of the official music video for her single ‘Foreplay.’

In the new video is the removal of the sections of the previously released video which featured Stephanie Sarley’s fruit art. Fans have since praised the new video as much improved, while maintaining its raunchiness.

In October, Shenseea first released a music video for the song, which resulted in Stephanie Sarley threatening to take legal actions, for use of her fruit art, without any permission.

The video was eventually reported, and removed by YouTube, for copyright infringement.