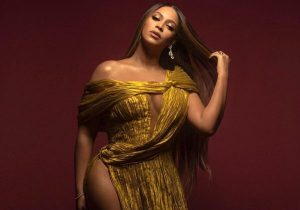 Beyonce has shut down rumours that she’ll be doing a Las Vegas residency.

A rep for the superstar stated that It’s “absolutely not true.”

Rumours that Queen Bey would be hitting the strip began circulating Saturday after website LoveBScott posted a story citing “sources” that said she would announce the residency in the first half of 2020.

The report said the residency would have made Beyonce the highest-paid entertainer in the city.

The “Lemonade” mastermind has performed in Vegas before, releasing the “I Am… Yours: An Intimate Performance at Wynn Las Vegas” album, which was recorded over a few dates during her “I Am…” world tour, in 2009.

The news had, predictably, gotten Beyonce fans riled up, with some claiming that there was no way the star would agree to a residency rather than releasing a new album and touring in support.

Others felt that the mother of three might like the steadiness of a residency as opposed to a world tour.

Beyonce’s most recent work includes “The Lion King: The Gift,” her companion album to the “Lion King” soundtrack, as well as her track “Spirit” for the blockbuster film.

She’s up for four Grammy awards, including pop vocal album for “The Gift,” pop solo performance and song written for visual media for “Spirit,” and music film for her documentary “Homecoming.”