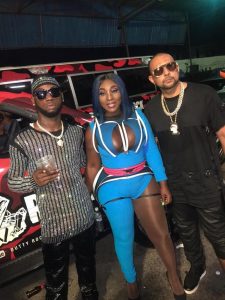 UK-based dancehall artiste Stylo G has earned his first entry on the Billboard chart as the remix of his hit single Dumpling, featuring Sean Paul and Spice, debuts at Number 3 on the Billboard Reggae Digital Song Sales chart.

The zee spoke to Stylo shortly after he announced the news.

In the Meantime, Stylo says he didnt have to think twice to decide who should feature on the remix.