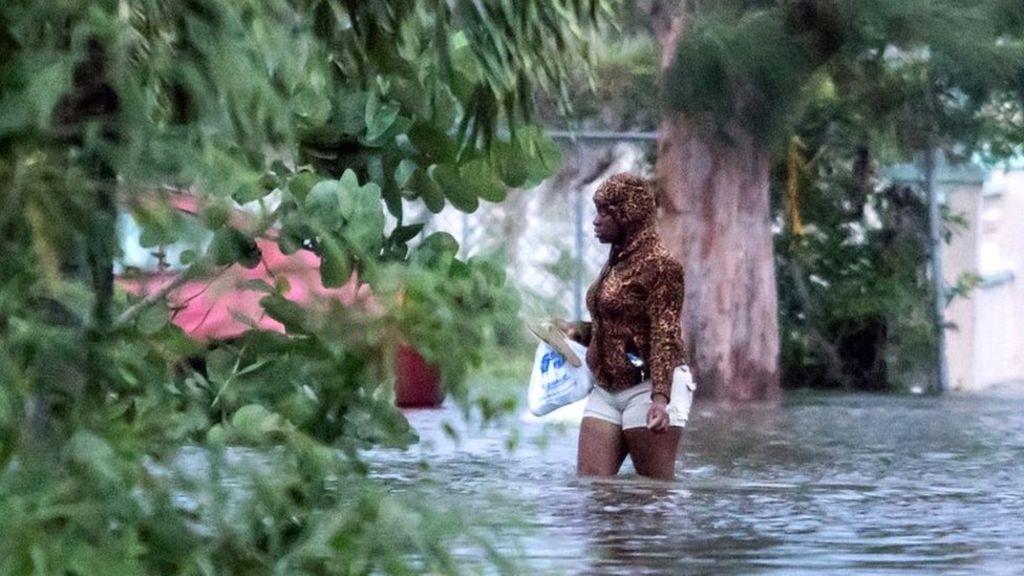 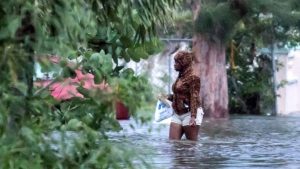 Residents of the northern Bahamas, some trapped on the roofs of homes, have sent out pleas for help after Hurricane Dorian stalled over the area.

The storm killed at least five people when it hit the Abaco Islands at category five with 185mph winds.

The eastern US coast remains on alert for Dorian to move in that direction.

The most recent update from the US National Hurricane Center NHC placed Dorian just north of Grand Bahama, home to about 50,000 people, having moved barely 20km or 12 miles in a day.

Meanwhile……….Its hoped that contact can be made by today or tomorrow with Jamaicans living and working in the Bahamas.

The islands are reeling from the brunt of the powerful Hurricane Dorian.

Jamaica’s Honorary Consul to Bahamas Terrel Butler, said there are about ten thousand Jamaicans in the Bahamas.

Its not clear if any Jamaican is among the persons who evacuated Grand Bahama and Abaco before Dorian hit.

Its also not clear if any Jamaican is among the set of persons rescued by the US Coast Guard yesterday (Mon).