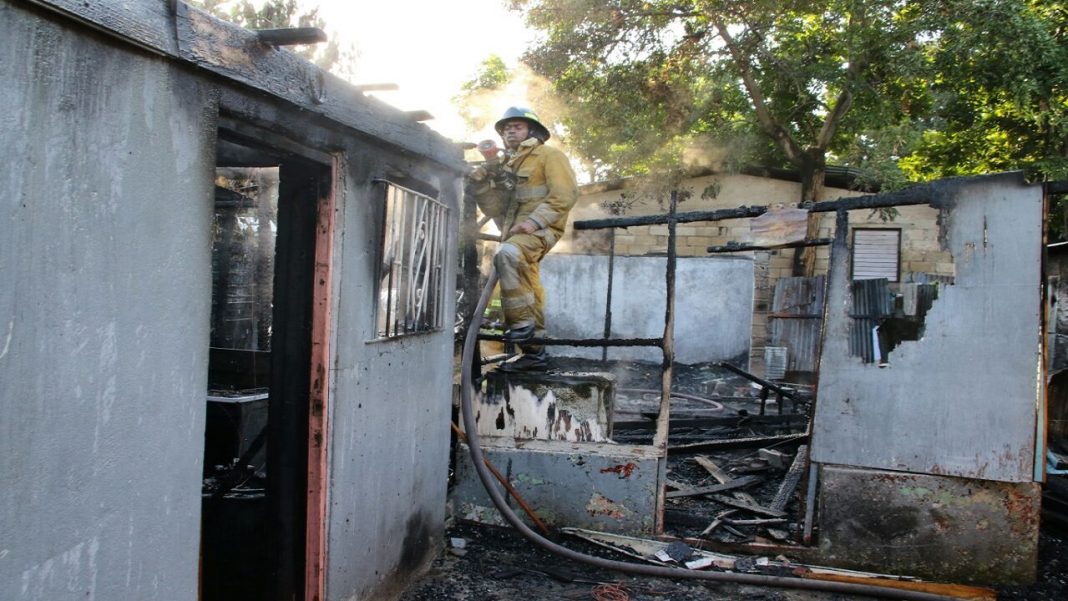 There was a massive fire in a section of Grants Pen in St Andrew this evening which claimed the lives of at least 3 persons.

According to reports a set of 2 year old twin girls are among the casualties.

Pictures of the incident, which occurred in an area known as Belgium, have surfaced online.

The Fire Brigade is now conducting cooling down operations.