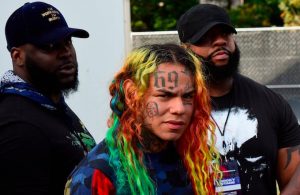 Three associates of rapper 6ix9ine are suspected of being involved with the attempted shooting of rapper Chief Keef.

The ‘Dummy Boy’ rapper has remained behind bars since November 2018, when he and his associates were arrested on federal racketeering charges.