Home Zip Code DEMARCO TO MOVE AWAY FROM VIOLENT LYRICS 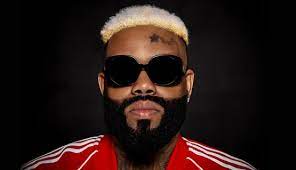 On Sunday morning, the entertainer took to social media to voice his thoughts. On Instagram, he pleaded with his peers to change their mindset, “I wish every dancehall artist including myself will stop singing killing and gun songs. Amen” he said.

The post was supported by his fellow entertainers IOctane, Munga and Gramps Morgan who said, “BEEN SCREAMING THIS FOR YEARS NOW THANK YOU BREDDA FOR SPEAKING.”

The deejay said he supports the Broadcasting Commissioner’s decision to ban songs that promote scamming, violence and music promoting the use of drugs and illegal guns from the airwaves.

“#nogunsongchallenge IT TOOK ME A LONGTIME TO DO THIS BUT IT’S THE RIGHT MOVE!!!… LOVE AN LOVE ALONE♥️ NOT WAR🚫 ALL PRODUCERS THAT HAVE A GUN SONG FOR ME UNRELEASED IT LOOK A WAY!!! #lifeoverdeath #loveoverhate #moneyoverguns” he said on Instagram.