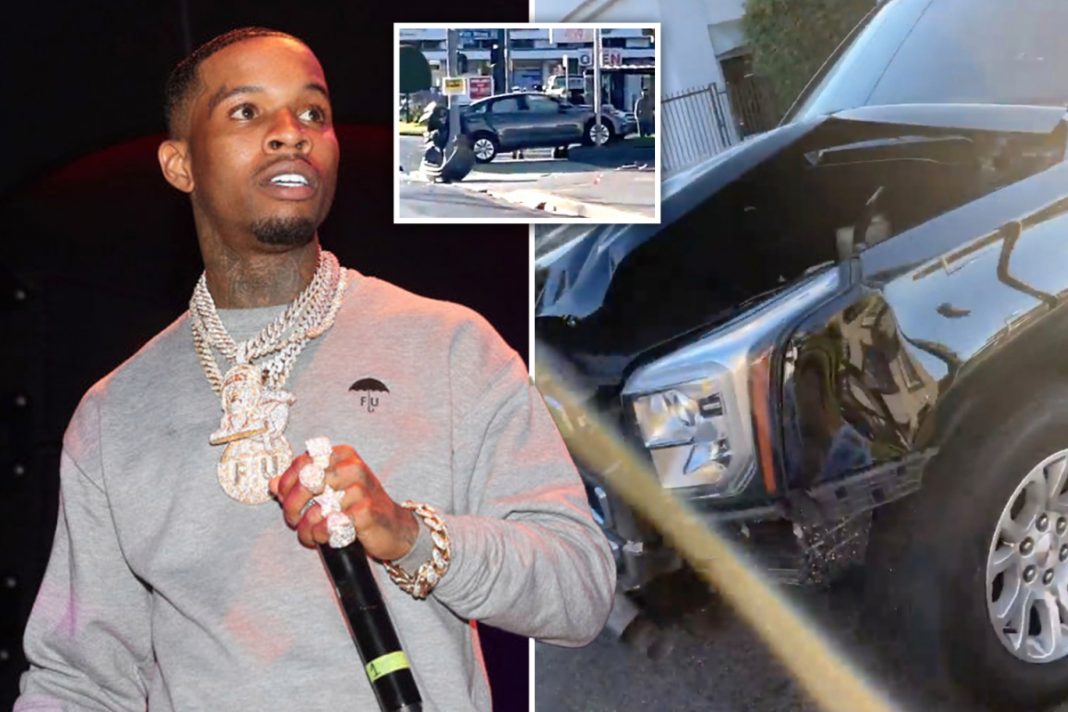 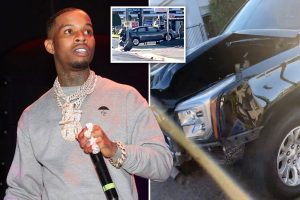 Tory Lanez is safe after a scary car accident.

The Toronto rapper-singer was reportedly riding in an Uber in Sherman Oaks, California  this morning (Thurs) when his vehicle collided with another car.

In his Instagram Story, Tory shared video of a black SUV that sustained damage to the hood and the bumper, while the other car appears to have crashed into a gas station sign. It’s unclear what caused the accident.

Tory was in disbelief as he recounted the experience. He later tweeted about the accident, suggesting he may have been targeted.

Tory recently released a video for his new single “SKAT” with DaBaby, which prompted a Twitter feud between DaBaby and Megan Thee Stallion.

He is still facing felony assault charges in connection with the July 2020 shooting involving Megan. He has pleaded not guilty and faces up to 22 years in prison if convicted.